YVAN was born in France, St. Malo, Brittany, in 1975. He currently lives and paints there, by the sea, in his studio/ gallery, after having lived and worked in Paris for the past 20 years. This contemporary Artist, who paints abstracts and colour, has had a tremendous amount of exhibitions between 2006 and 2016.

His works, more than 250 paintings, are now part of some of Europe and Asia's private art collections. He sells his work to art connoisseurs based in France, Switzerland, Belgium, but also in Russia, Spain, Canada and the US. He sold 40 paintings to a well-known foundation in Taipei, Taiwan, whose founder is a collector herself. The FUBON foundation for the Contemporary Arts has placed his works in various places and buildings in Taiwan.

"My place of work, in Dinard - the most arty town of Brittany, is a way to honour my father, who passed away, and who always believed I was meant to live and work as an artist. I opened this special gallery / studio for him, because he always gave me the confidence to paint and become who I am today."

"The method I use is oil paint and a rather large, big, wide and heavy knife which enables me to give texture , depth and thickness to my paintings. Although it is not uncommon for an artist to use knives to paint, I use the tool and the paint in a way that the painting really looks like a 30 artwork. It is heavy and dense and very much gives the impression of being alive. The process is long and I spend more time thinking than painting, and the longest part of the creation is the drying time between each session on the same canvas. It can take up to 6 months for a painting to finally be ready."

Why Joséphine works with Yvan Richeux-Rey

As I drove through my favourite coastal town after a 10 hour journey, the sun was setting, the air was warm. It was the most amazing feeling to be back here, as every year since birth, beginning of July.

It is a beautiful seaside village in Northern Brittany, also called the Capital of the Arts, as it hosts 25 galleries, for only the thousand inhabitants in the winter.

I noticed something new as we almost reached the house, although nothing is usually ever new there.

A new gallery had opened. That was quite an event.

A huge, modern space. Filled with the most amazing abstract expressionist paintings, large scale artworks wonderfully displayed. I had to brake, and the girls at the back of the car were very upset, as they were very, very excited, like each time we drove back to Dinard for long summers.

I was going to meet the gallerist and the artist and compliment them the next day, first thing. I felt even more excited than the children.

The next day, without giving much thoughts about the unpacking that awaited me – unpacking our things for 2 months could wait, I walked up the street to that new place.

A man was sitting behind a sober designer desk, smoking, when his sausage dog started barked at me.

I sat and started talking to the gallerist. He happened to also be the exhibited artist. There was no time wasted, a complete one-stop shop.

I stayed in the gallery for 2 hours, time was nowhere to be seen, I was in another world, leaving the kids to starve with nothing yet in the fridge… the supermarket spree would have to wait.

My heart was beating faster as I starred at the paintings one by one.

After trying to convince the artist that he was the one who had mastered the work – he kept saying his hand did, not him, and that he was driven by a force that he had not managed to identify himself, we knew something was going to come out of this encounter.

The conversation was becoming a bit surreal…

I didn’t have a gallery at  the time, it was 5 years ago. But we decided that we would do something together. I believed in his work and that was enough for us to start thinking of a future collaboration.

As days went by it became an obsession and an urge for both of us.

I have exhibited Yvan about 15 times after that in 5 years.

In Dinard at my private home, at International fairs in Asia, at pop up shows in Paris and at the gallery when I finally signed my lease a bit more than a year after.

I think I found the courage to sign that lease and take all the risks it implied (Brexit had just been voted through the referendum and no one believed a new art gallery would ever pick up…) because I had a feeling Yvan would thrive in London.

Yvan was a sold out in 6 weeks. People were unanimous about the quality of his work and his paintings quickly started sitting at collectors’ homes here in England amongst Picassos and Nicolas de Stael’s works.

His work is a feast of colours and texture that attracts anyone who has seen many, many exhibitions and paintings. He almost intimidates first time buyers because of the grandeur and the energy that he puts in his works.

Yvan is an artist who can paint an abstract painting and still incorporate huge amounts of life through movement and colour. He can also integrate hints of figurative forms, sometimes, but the amount of oil paint that he uses is what makes him stand out the most. He creates impastos and masters texture above all.

The way he creates his own palettes of nuances and subtle tones and the way he combines warm and cold colours all at once (this is a very unique skill for any artists ) is also quite unseen.

I have been very lucky to meet Yvan and to work with so much passion and excitement for the past 5 years without any interruption nor disappointment, and hope to continue to help him grow and be known when I get the opportunity to do so. 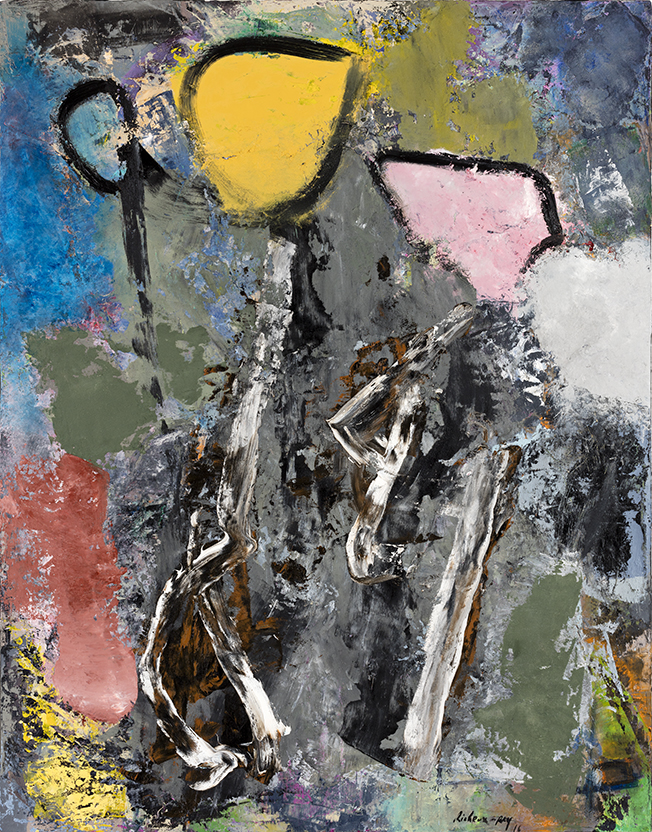 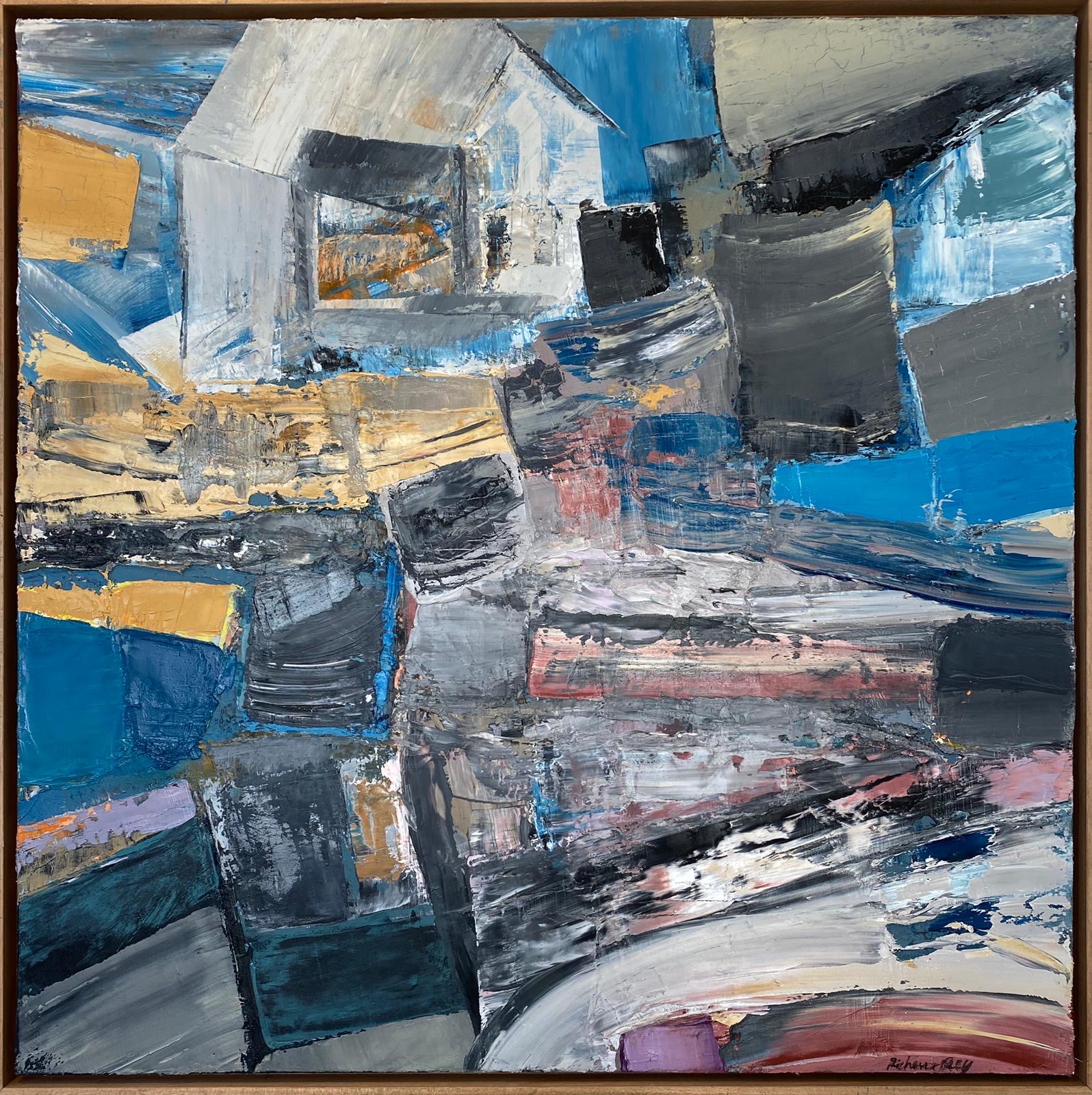 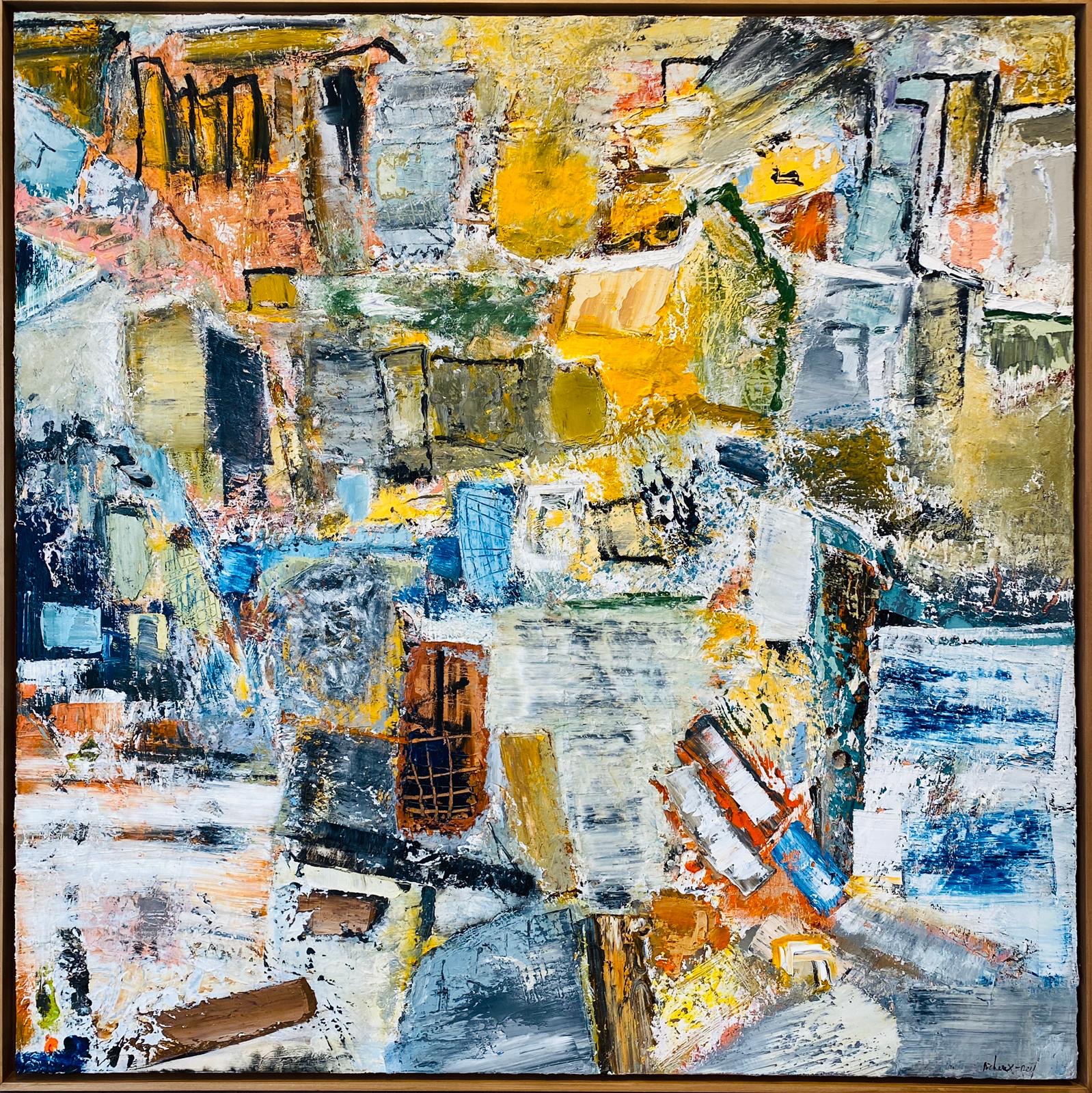 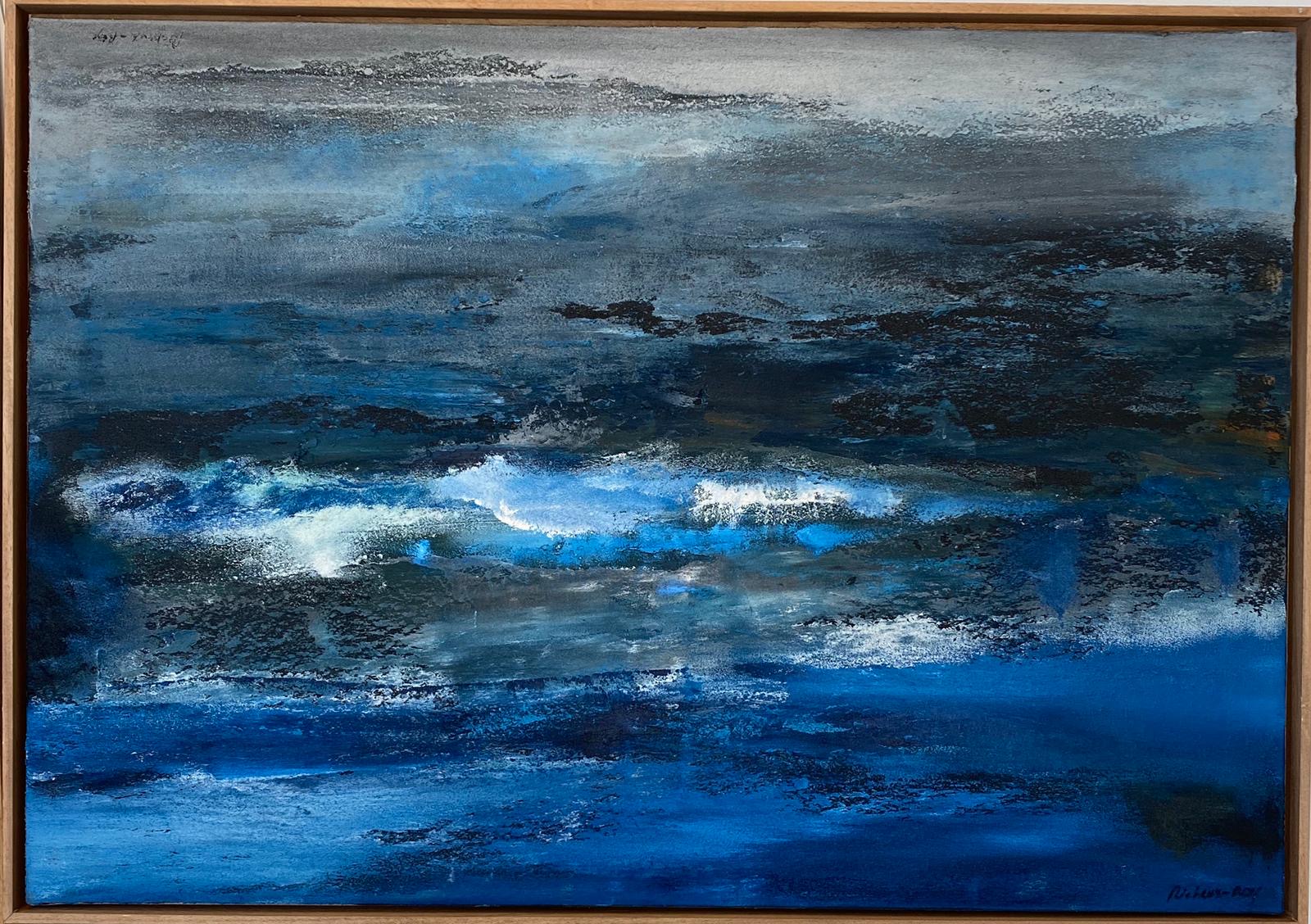