Aude and Nicole are sisters. After being raised in Africa, where their father was sent for work, and France in the region of Berry, near Bourges, they decide to settle in the Paris region and start to work with paper, glue and water. Papier-mâché became their field to create animal sculptures.

Newspapers, glue, iron wires; grills, become a funny array of animals. Roosters, chicks, gooses are dressed with headlines and political titles, and a good sense of humour! Le Monde, le Figaro, those headlines dress their collars and skirts and feather coats. The hunting trophies are incredible and look real thanks to their glass eyes. Their colourful feathers are made of lively colours from design magazines and luxury and fashion advertisements.

The inspiration to create also becomes reality with old newspapers and adverts found in flee markets. Each sculpture requires hours of work, as all of them are handmade and are all unique. The paper is cut into strips and glued and more paper can only be added to layers, once it is dry underneath. A very strong and resistant varnish is then applied as a final coat and allows the artwork to remain in perfect condition for a long time.

Aude et Nicole were raised in Africa, where their dad was a French expat.

They were able to open their eyes and observe an exotic and different environment , wild and free , and they have kept this philosophy in their work. They never lose a glimpse of what surrounds them.

Aude et Nicole are sisters, and are inseparable, complementary and fun together. Nicole works on the structure of the animals and Aude works on the finishing, choosing the colours and the patterns from a huge range of newspaper cuttings.

Their sense of humour is unusual and there is no drama, no tragedy and no analysis. They catch people ‘s attention and people’s heart because they are fuss-free, direct and true to themselves.

Their work is naïve, playful and full of humour and self-deprecation. They are now recognised as the best papier mache specialists in their country and more, and yet if there is pride in the work they do they remain humble and easy going about it.

They work hard and well, always aim at perfecting their techniques and improving their skills day after day. It’s all in the detail and those details add up, to finally reach beautiful, very large and real size animals such as ostriches, cows, giraffes, hunting wall trophies of rhinos and hippos …They are good at everything they do.

I once walked in a friend’s new house, and even though I had been to her old one many times, something was very new in her interior… Someone had moved -in as an amazing addition.

A life – size beautiful papier-mache tiger was filling the space of the living room, open mouth roaring and totally incongruous. Could it be a movie production prop? who was that fascinating new guest?

My friend explained that her cousins were at the origin of that beast, and that it was their job to sculpt …

I didn’t have a gallery at the time, but I had sometimes organised private exhibitions at home, for artists that I liked.

After discussing the possibility of a showing her cousins works in a small private exhibition with her, we felt there was potential for something bigger, something yet to define. Rent a special space? but how big? And who should finance that? Was it really reasonable? Did we really have the skills to honour those amazing artists?

We agreed they deserved something SPECTACULAR.

It took us 6 months to find the most extraordinary space, under the tube, in Fulham. The space was great but it was a huge risk to take, so we found sponsors to support our project.

It happened in October 6 years ago and we had more than 200 people turning up on the opening, and we ran out of drinks after an hour, it was incredible. The show lasted for 3 days, everything sold.

I then started exhibiting them in Asia at International Art fairs, where everyone absolutely loved their work.

And as I opened the gallery, they were the first to inhabit the space, them and their crazy jungle and country animals.

Since then they have had an exhibition for 6 weeks every year at the gallery and that is always a very, very special moment.

It is a very special moment  because they transform the gallery in the craziest zoo and animal farm right in central London , but also because they always make it to the Opening and their company is second to none , they are fun , good at what they do and the most enthusiastic and talented animal artists I know .

Very proud to be representing Nicole et Aude in the UK and to have gained their trust. 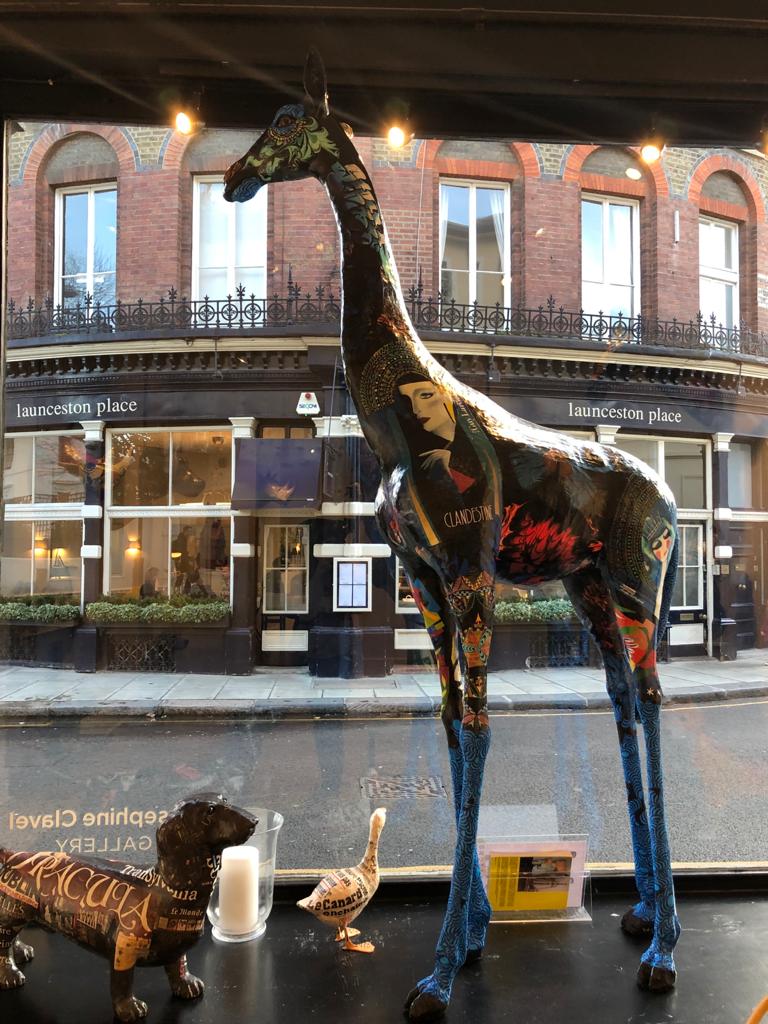 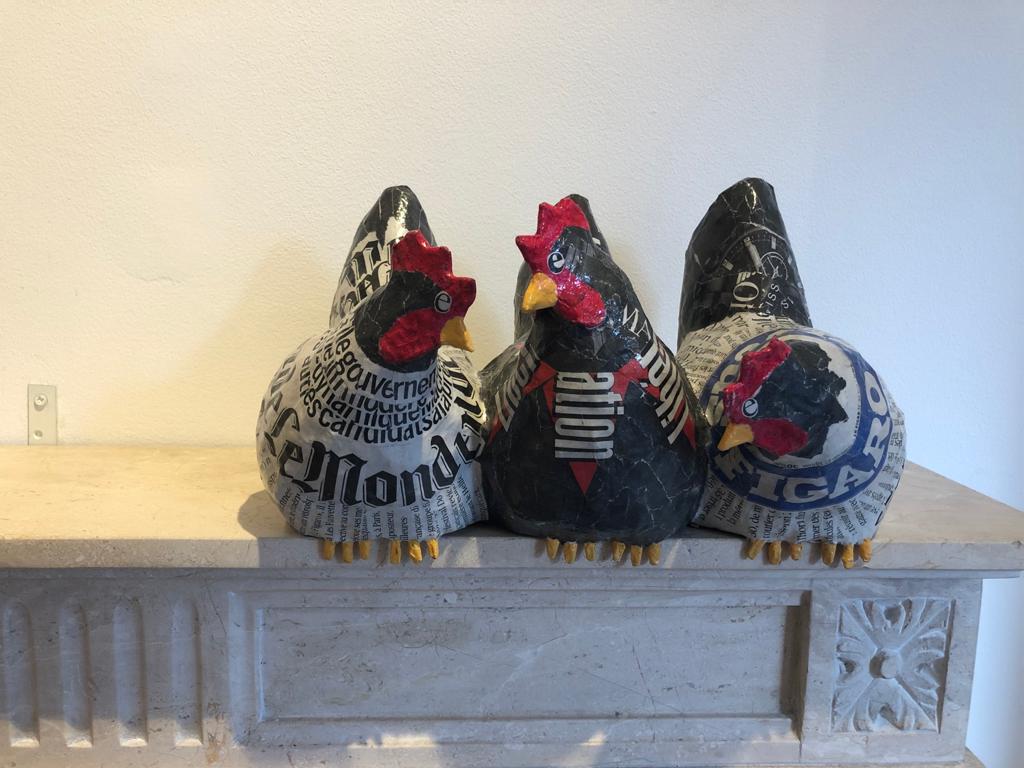 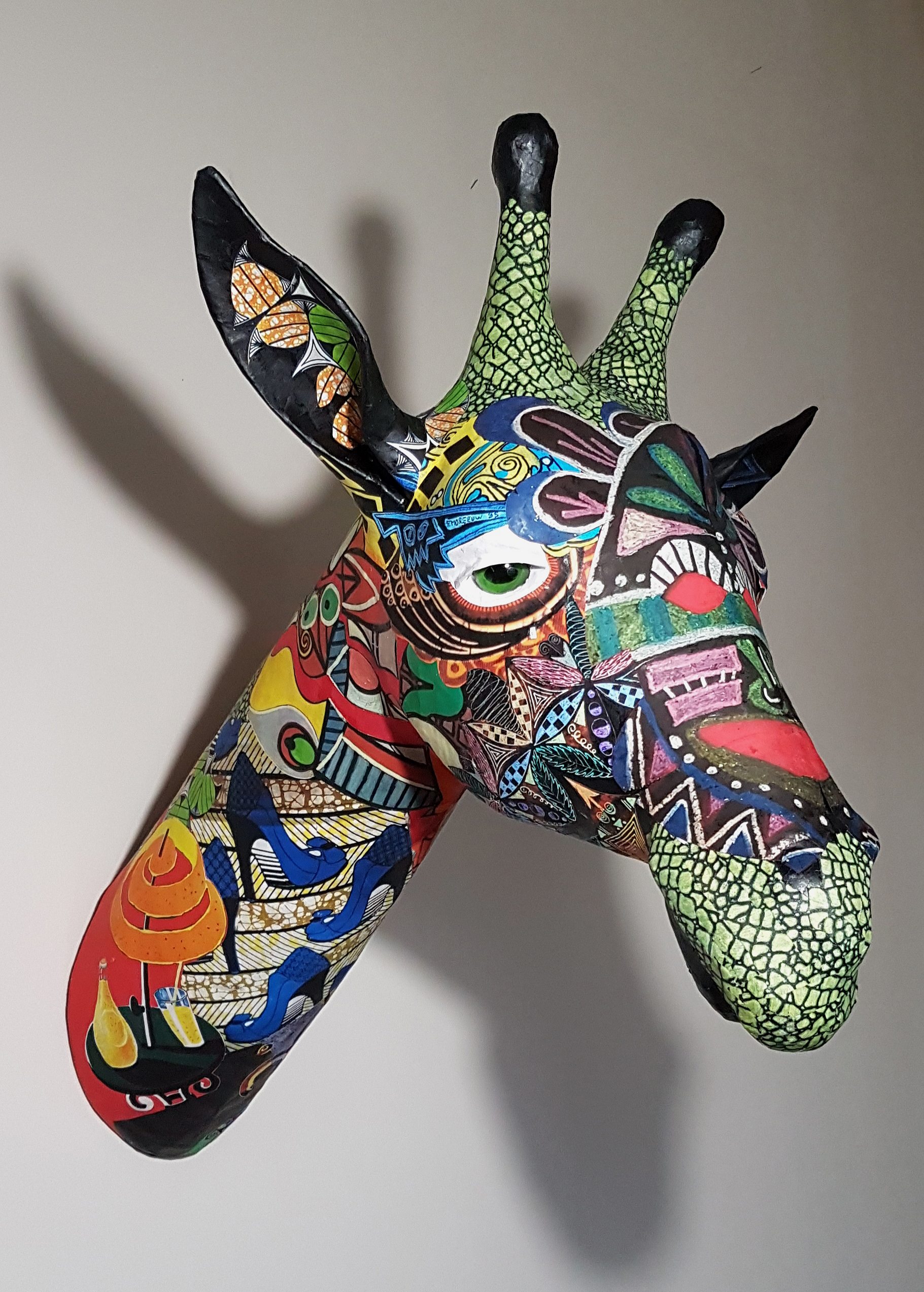 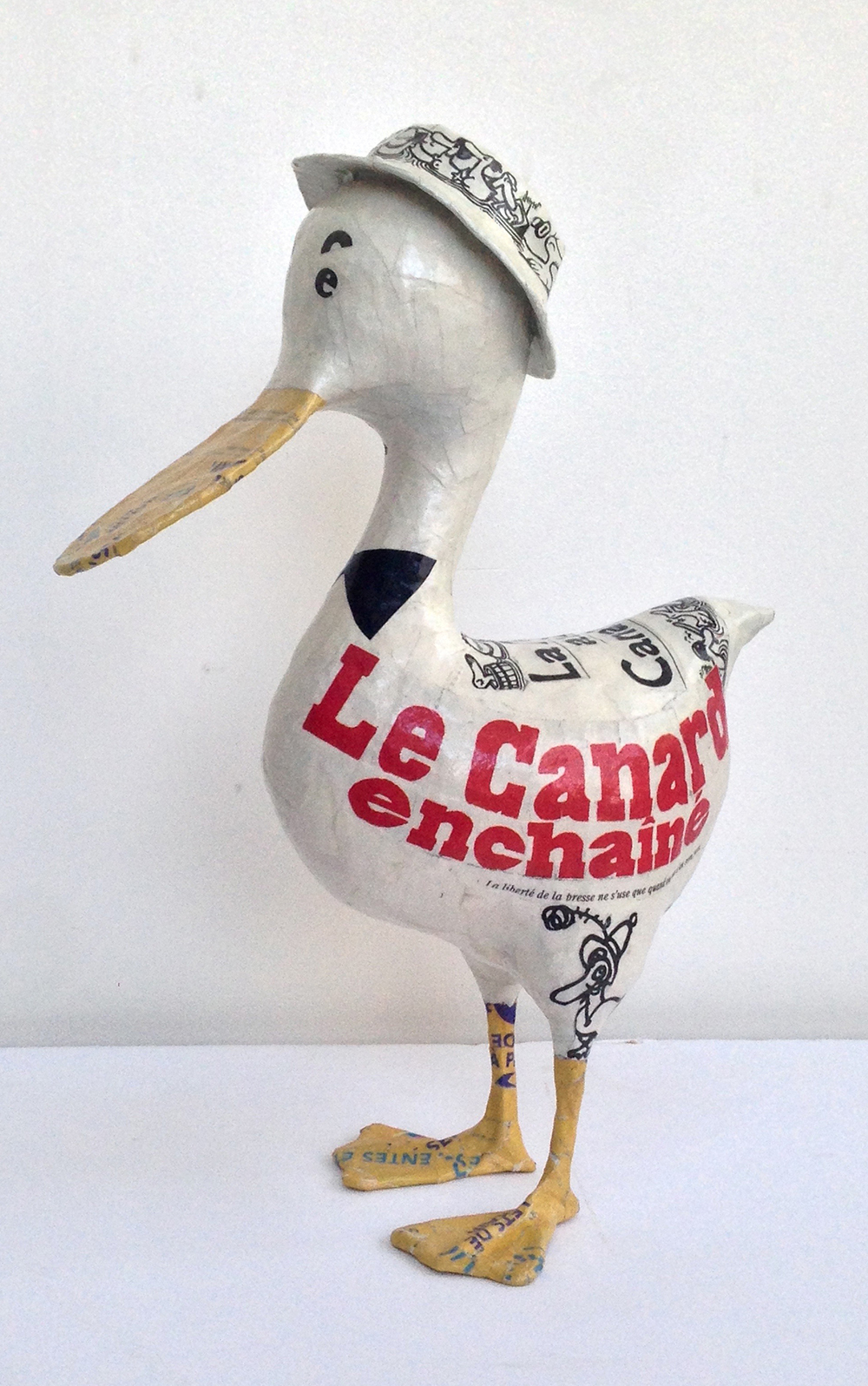 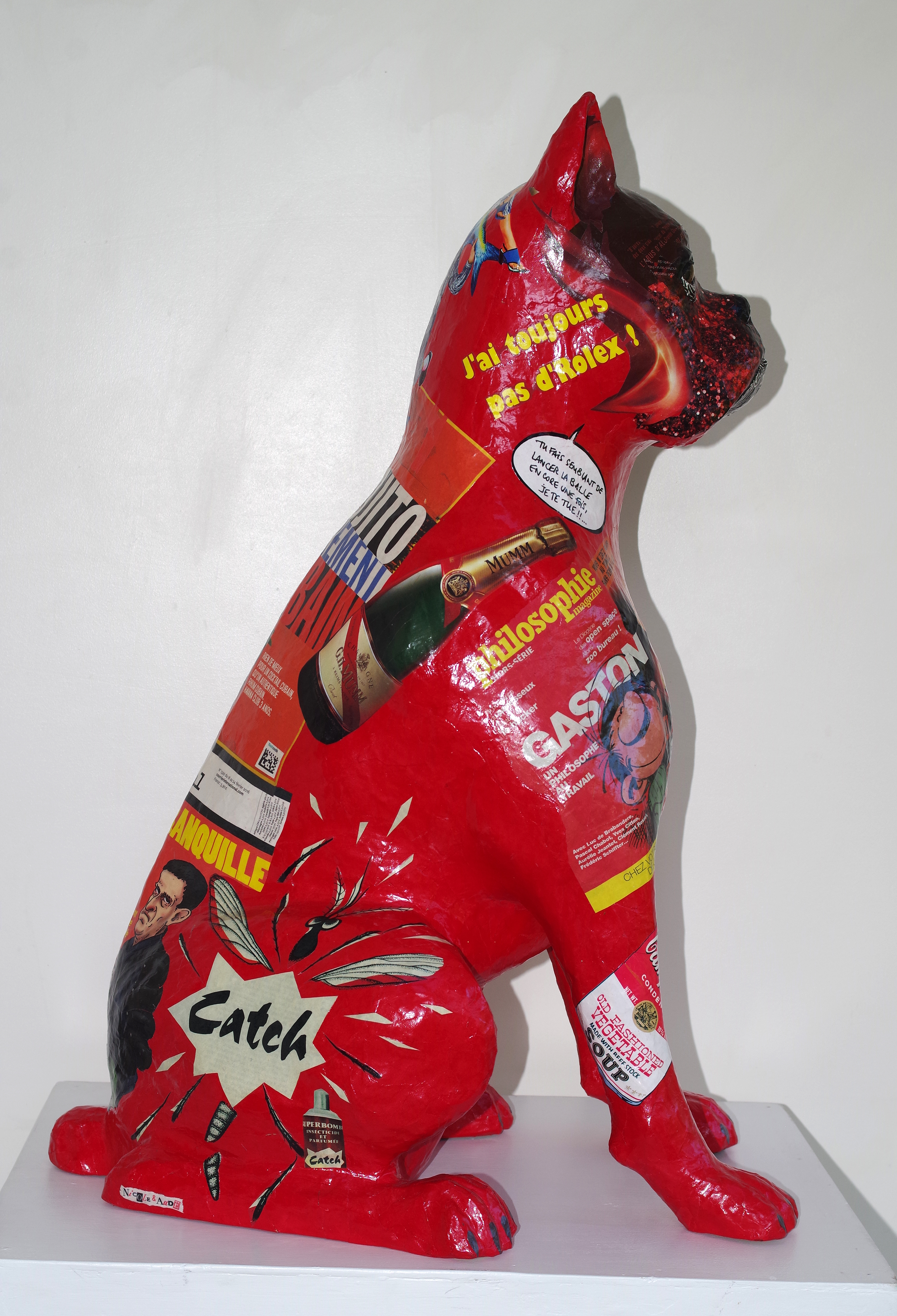 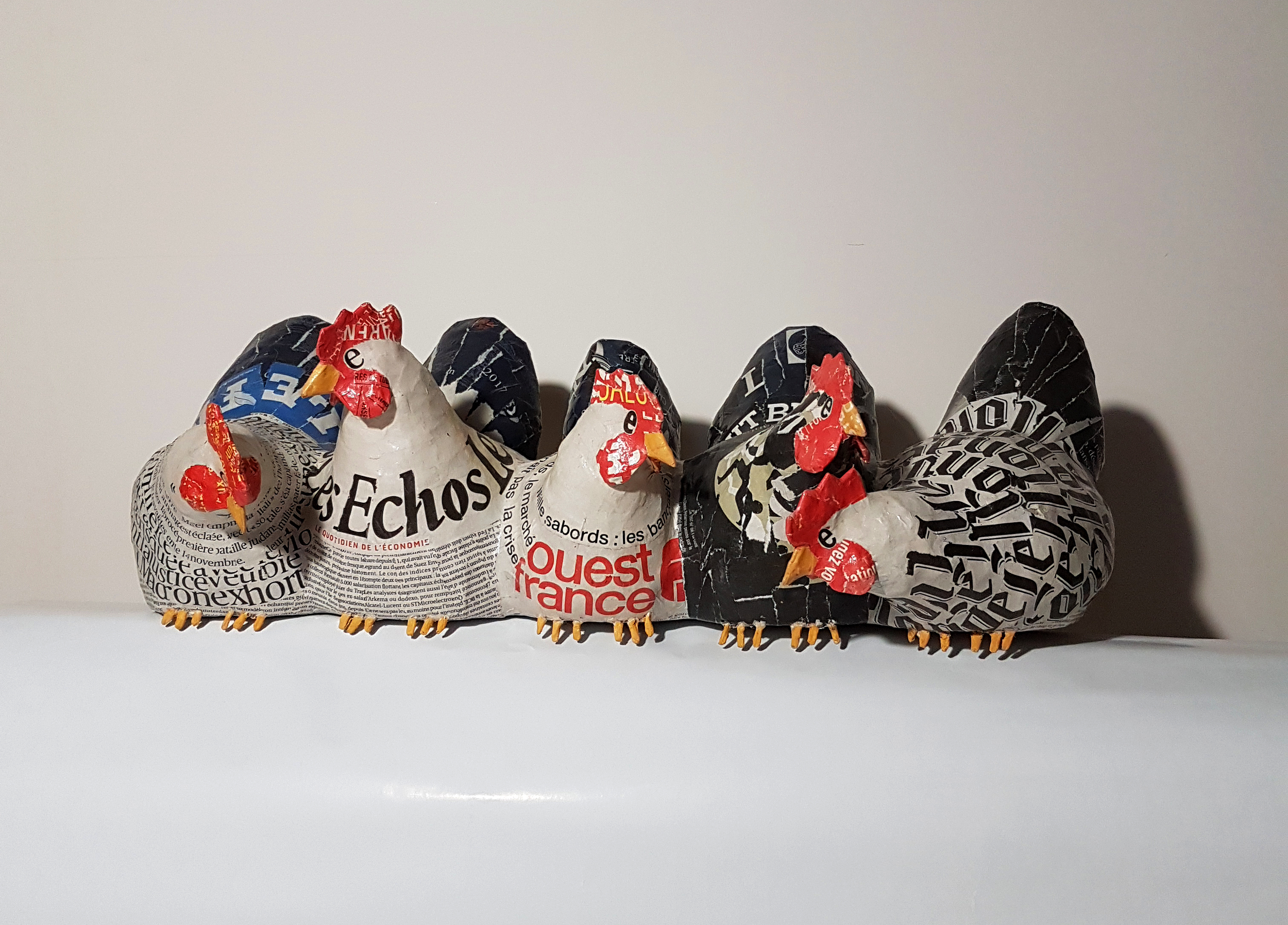 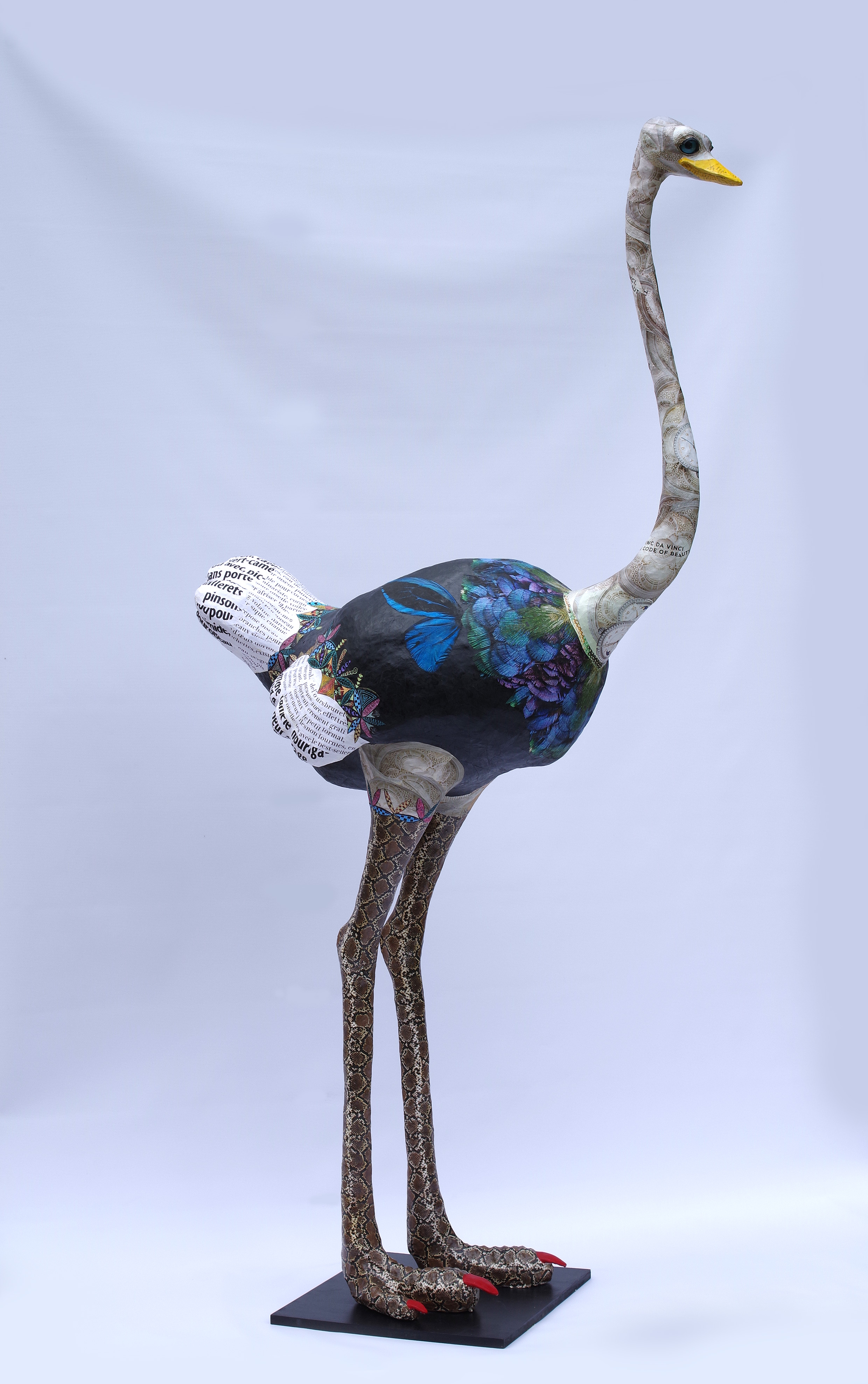 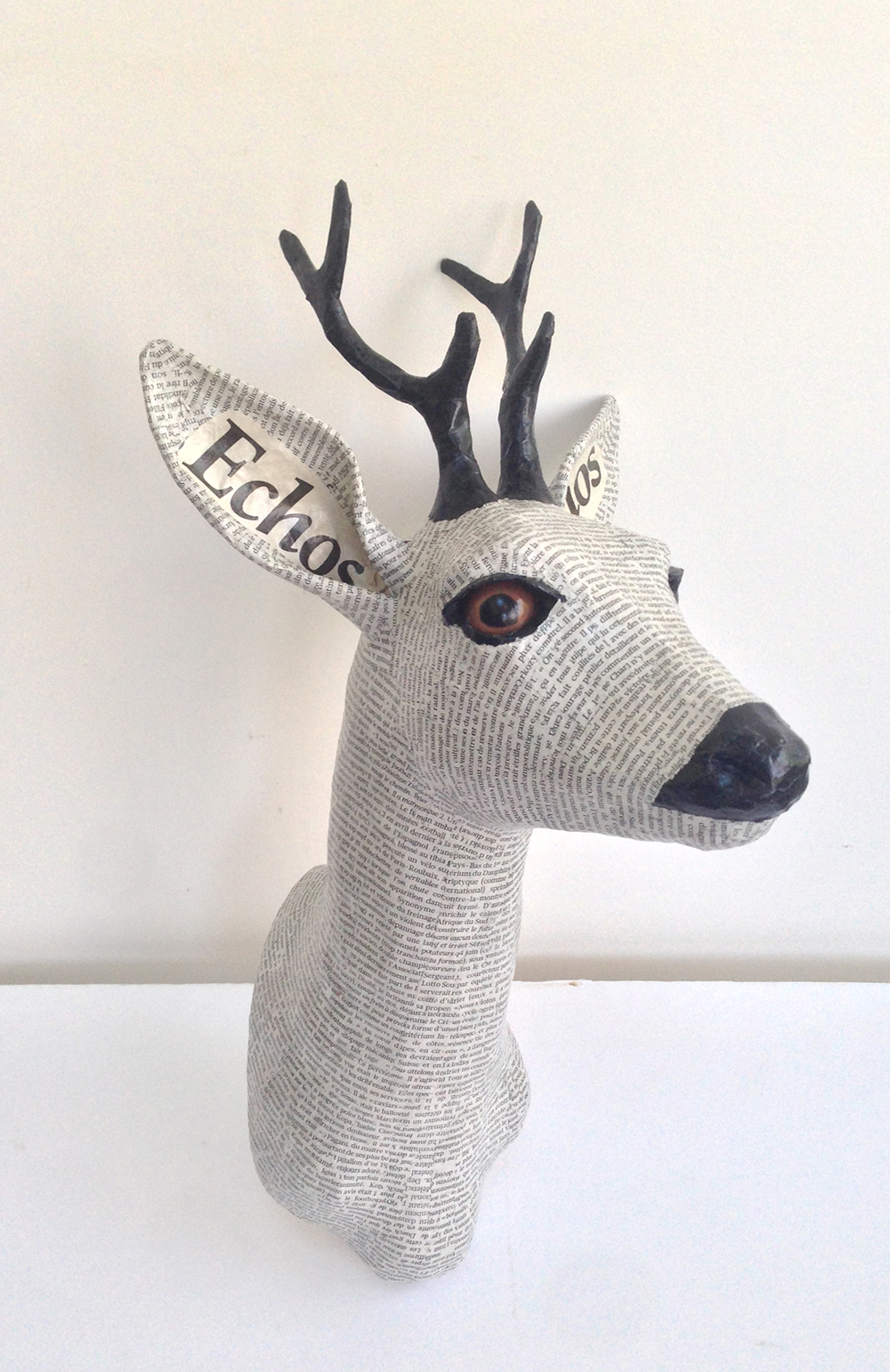 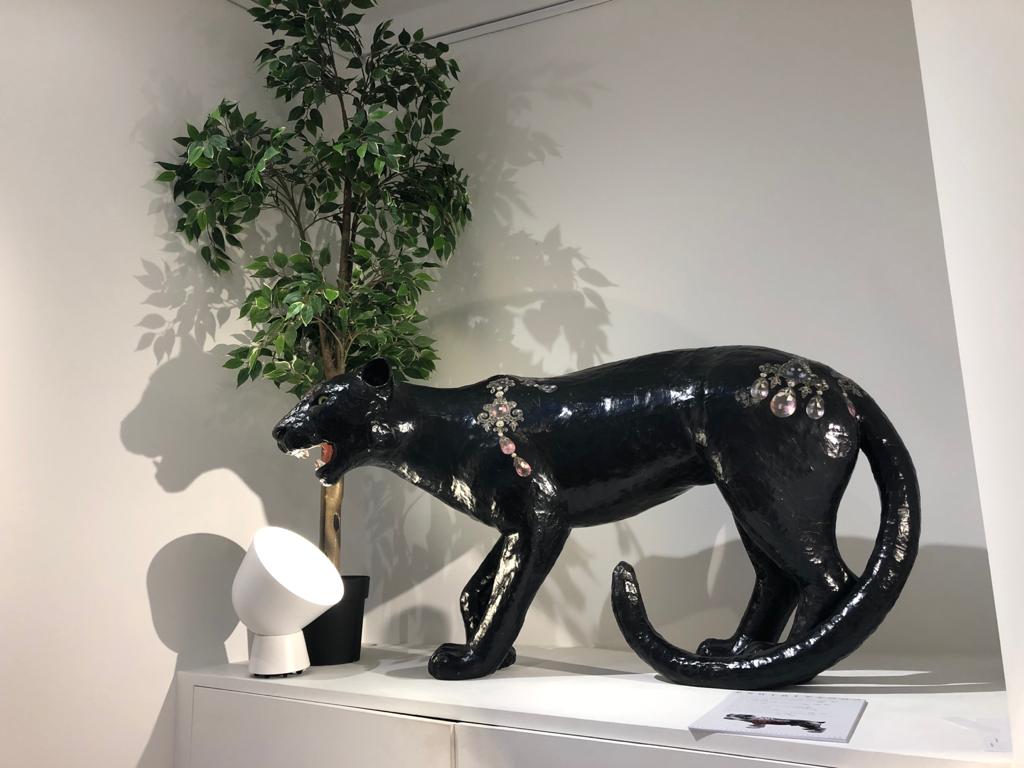 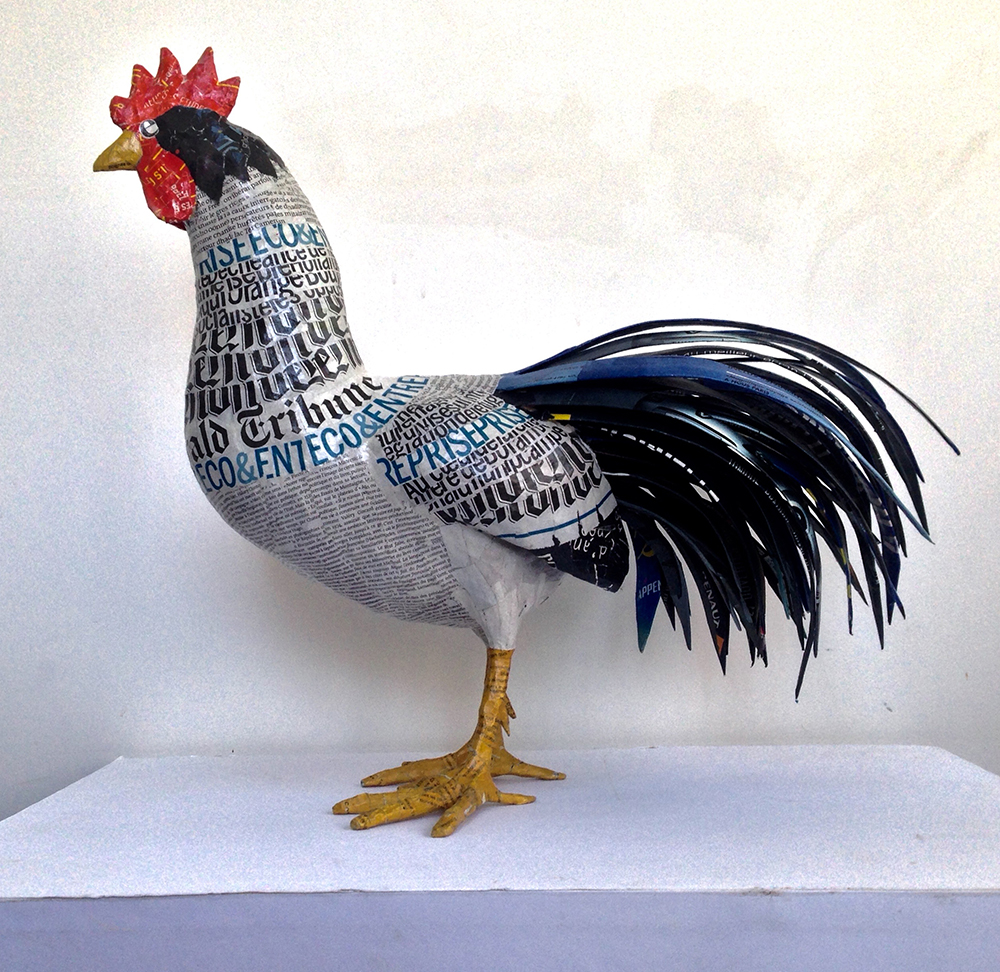 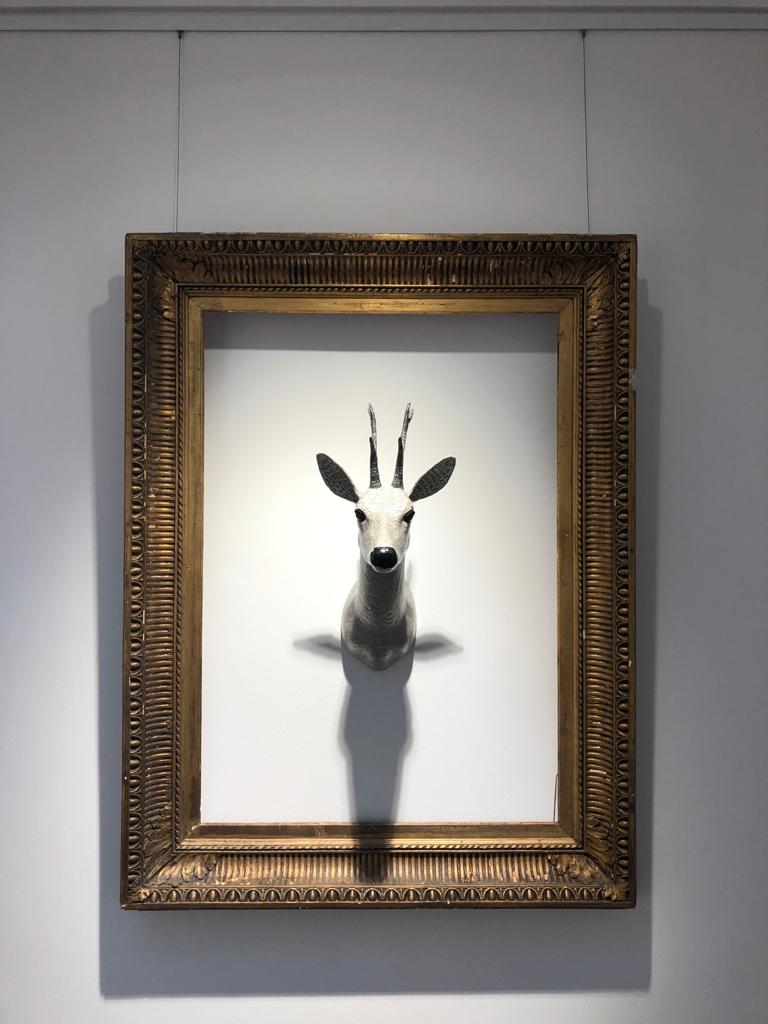