A visual artist, born in 1964 in Limoges, Marie Ange Daudé was a triathlete in Gironde as a youth. After studying architecture, planning and urbanism, in order to be able to “beautify the world”, Marie Ange worked for twenty years in property. She remains close to many architect-artists colleagues and is interested in the “process of creation”.

First beginning with using ecological fibres in 2008, Marie Ange now works with an inexhaustible supply of natural or recycled materials. In 2012, she created a series of 68 hearts from recycled material using a different technique for each.

Her series of portraits “Timeless”, is inspired by old black and white photographs, which she recreates by applying her unique contemporary technique. She uses feathers which are suspended between stretched nylon threads. The light plays with the relief of the materials and gives depth to the almost magical characters. The figures are often melancholic and express longing for an era. The faces are strong and express a rare emotion. The chosen material, feathers, enhances the emotions, particularly the fragility and feminine softness.

The feeling of transparency of the portrait and it’s evanescent side is accentuated by the material: the feathers are fixed on almost invisible nylon threads which allow the portrait to appear to float. The absence of color enhances the emotion and nostalgia. The relief and the down of the feathers give a touch of softness and fragility to the whole work.

Her tonal portraits, broken, reassembled, fragile, reconstructed from nothing are a representation of longing for past times, nostalgia and the emotions that bring together two beings. 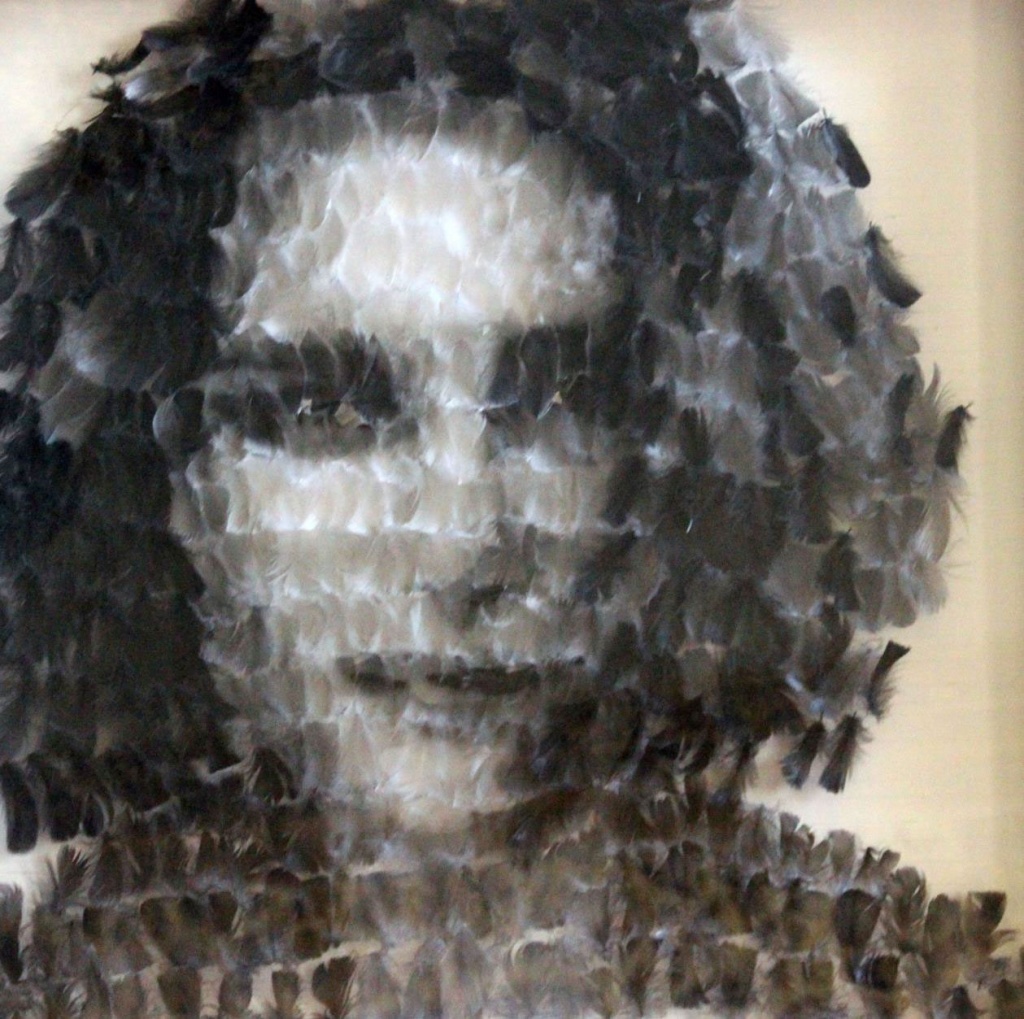 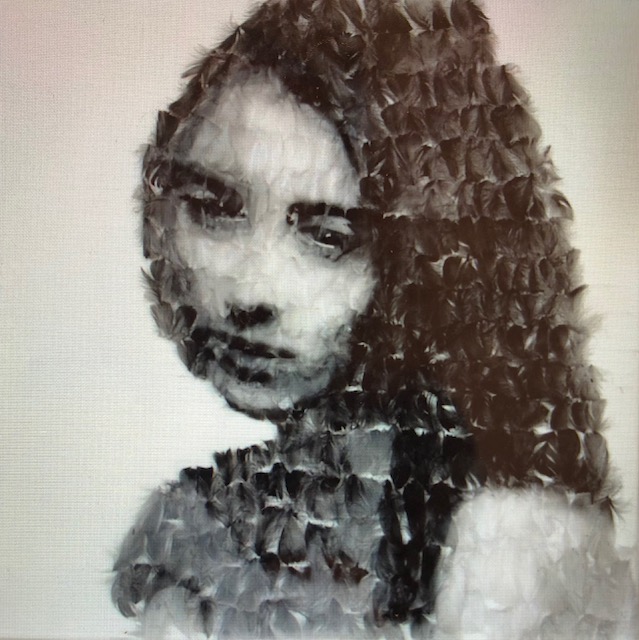 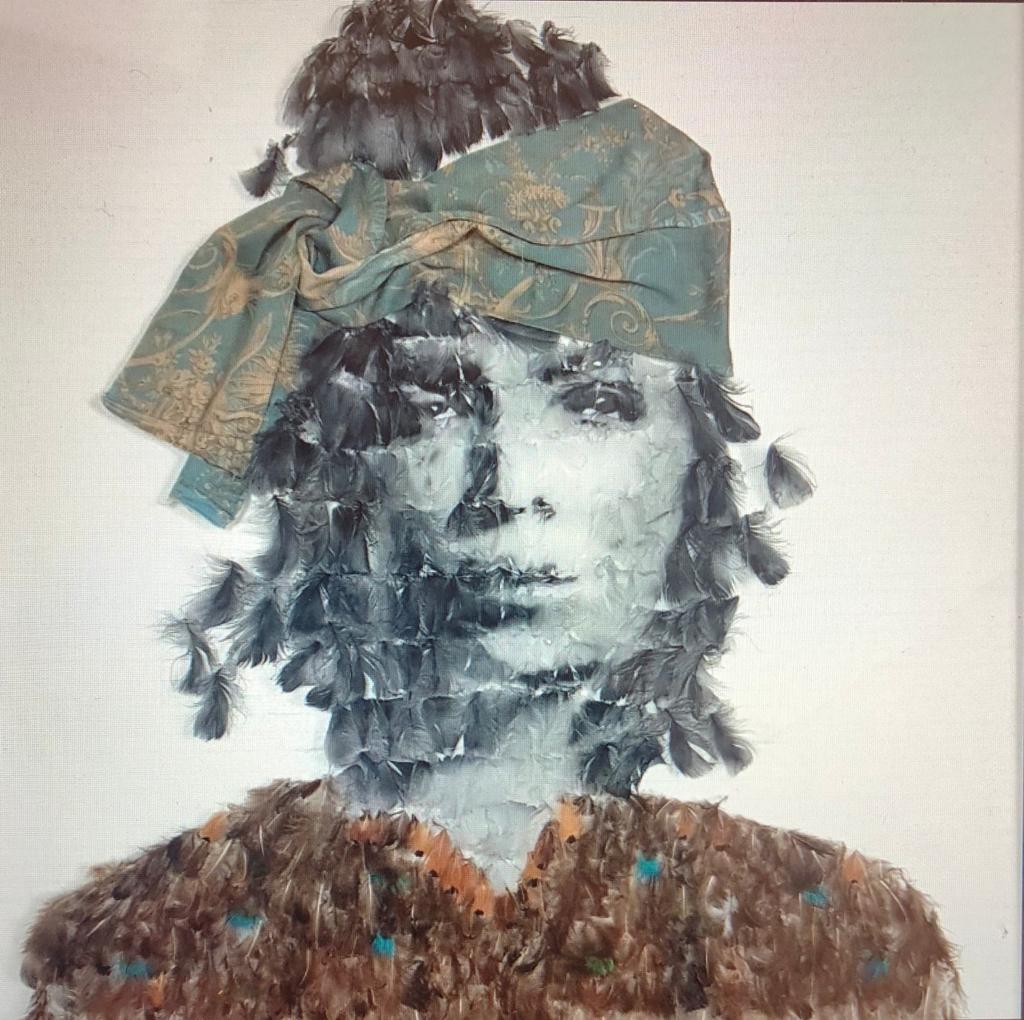 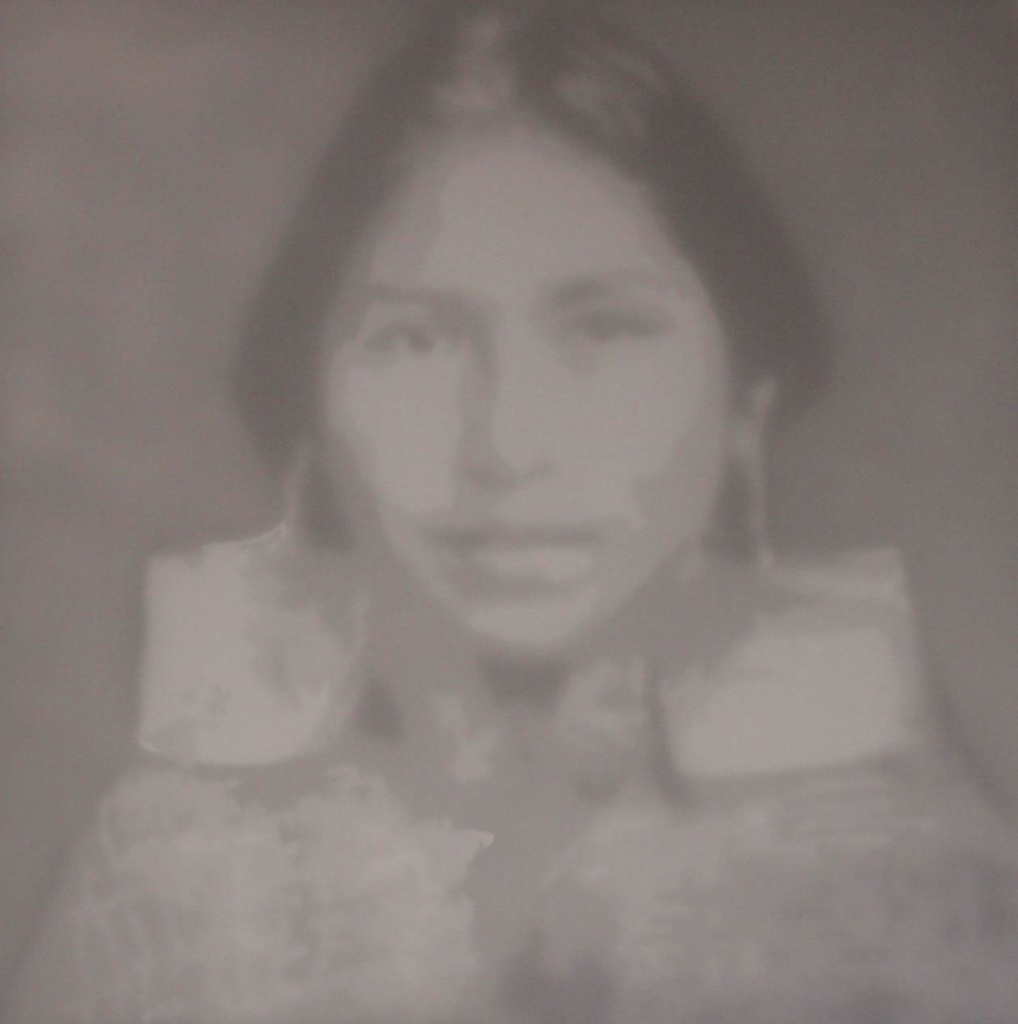